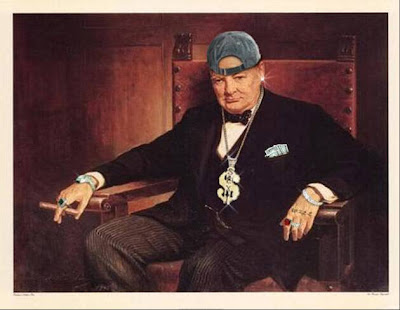 The flagship of Britain’s new right-wing coalition government is its education policy. A central theme here is an offer for schools designated ‘outstanding’ to be fast-tracked to independent academy status.

Over the past few days I have been interviewed twice by BBC journalists: What do I think of highest achieving schools being encouraged to break away from ‘Local Authority’ support and take up central government’s offer of fast-track to new independent academy status? Would I mind making my views public?


1 – One size does not fit all – each case must be taken on its merits. Generally I am in favour of a non-uniform school system that reflects the diversity of pluralist society. Independent academies can be a very good thing and I personally welcome this government’s widening the ‘gene pool’ of models for 21st century schools (whatever its motivation). But as always, it’s not what you do it’s the way that you do it!

2 – The proposed fast track system threatens to be socially divisive, increasing polarities of wealth and opportunity in a Britain already rent with dangerous divisions.

3 – There is only a finite (and shrinking) national education budget. The new academies will be given big start up budgets and will be allowed to set their own budgetary requirements. They will be allowed to hire as many staff, and to pay them as much, as can arguably be justified. And the government will foot the bill, out of the finite and shrinking national education budget. It hardly takes a genius to see that schools which are not judged to be highest achieving, typically schools in deprived areas will lose out on funding.

4 – A lot of the schools judged as highest achieving are in more privileged areas rather than the rougher ones. What has been packaged by an ideologically driven government as ‘rewarding excellence’ is, in many (but not all) cases, no more than rewarding privilege with even more privilege – and all at the expense of the most vulnerable and underprivileged and, of course, of the punchdrunk tax payers reeling from the flurry of blows to their economic and social wellbeing.

5 - Schools not judged ‘outstanding’ will remain under Local Authority support.

6 - Local Authorities have teams of experts in all aspects of education and schooling. Their expertise is as good as it gets in the UK (i.e. roughly middling to high in world ranking). The roles they have played in helping support schools to achieve ‘outstanding’ status is not acknowledged enough.

7 – It is assumed by central government that the new academies will use specialist expertise from other sources, a leaner and sharper breed than those working for local authorities. But the fact is most private education consultants are either ex-local authority ones now working for big consultancy companies, i.e. the same breed who have defined local authority models and professional teaching cultures till now; or they are academics whose knowledge of social and cultural problems in education is based on a life lived at a safe remove from the real world. Troubleshooting hotshot freelancers like me who risk their neck every day and have done so most of their lives, - man of the world man of the people - shotta from ten, never gone wide, turn to the pen when I hit my stride - are as common as pink string bikinis at the Teheran Lido.

8 – But my biggest criticism is that those fast-track academies which actually do serve a socially advantaged client base are short-selling their core purpose and selling their souls. Perhaps they should remind themselves of Jesus’ teachings – unless they presume to know better!

- whoops, silly me, I mean the government, everyone knows the devil is red –

- For the government, very blue with a yellow streak, is appealing to the weaknesses and frailties of human insecurity, tempting select schools with offers of worldly power and glory.

Actually, the Tories did the same under Margaret ‘no such thing as society’ Thatcher.

For a privileged school to accept the government’s temptation to gain glory and wealth at the expense of wider society instantly calls into question the integrity of its core mission. For all schools have at the heart of their purpose to promote equal opportunities, social cohesion and a future citizenry of caring and understanding adults. Any ‘outstanding’ privileged school which accepts the government’s ‘fast-track’ offer and turns its back on the wider community of schools can only multiply the social woes of division, corruption, greed, cynicism and despair. In higher business circles that would be what they call the dodo leadership model.

Criticism is easy and floats no boats. Making practicably positive suggestions is more difficult and more useful. So, how should the outstanding schools respond the government's offer?

The holistic paradigm of 21st century science and society demands that all parts of the body of education to work for the good of the whole (for each part is equal to the whole). That needs to happen here. The proposed new breed of fast track academies need to do more than the government expects or demands. They need to consider an operational framework that enables them to take advantage of the government’s offer and to spread the benefit of it to other less fortunate schools in their area. Ideas could include taking on special community responsibilities, ringfencing a significant pot to fund outreach support, forging special links with pupil referral units, helping to provide opportunities for gifted and talented pupils in other local schools. I have been working on a sackload of ideas for the past year – with all the schools, local authorities, private consultants and creative artists I work with.

As usual, those interested in dialogues around the points raised in this posting can reach me discretely by email or publicly here on the blog. But much more importantly, those genuinely interested in the healthy functioning of the body educational and in enhancing social cohesion through schools need to talk to each other!!! You cannot teach community cohesion if you cannot practice it with integrity!!! The same goes for humanities, citizenship, PSHE, ethics, even good sportsmanship! We are a team in education, from strikers to right backs to goalies. In the long run winning takes a lot more than just strikers scoring goals, it takes teamwork! We do not want our strikers to score any own-goals!

The government’s offer of fast-track academy status inadvertently presents all ‘outstanding’ schools with a momentous choice between revealing the depth of their shining quality or of their shady ignominy. It is a choice they should welcome and know just what to do with!

Now our schools can teach the politicians what citizenship really means as so many of them on all sides seem to have forgotten. Our schools can form a coalition that will strike first alarm then awe and finally admiration in the heart of divisive ideologues of all hues.

This will require collaborations between governing bodies and head teachers, staff and teachers, community and pupil voice, from all sectors and in every region. Perhaps we should start by asking fast-track academies to host, fund and lead on this, together with – you guessed it – Local Authorities. I would advise strongly against involving central government, they’ve provided the framework, it is for us to use it.

If you are going through hell, keep going. KBO (Keep Buggering On). (Winston Curchill)
.
Posted by extravery at 02:49