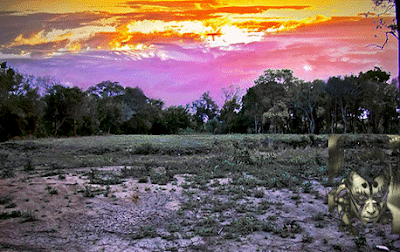 True story: An Amazon tribal leader taken to the edge of the shrinking forest saw the horizon for the first time in his life. Terrified out of his wits, he ran back to the safety of the forest as fast as he could. Native Amazonian mythology contains no frame of reference that allows them to make sense of such open expanse. And Native Amazonian mythology contains no utopia. Perhaps they know they’re living it.

Three years ago I became a freelance storyteller and education consultant. My aim: to help secure a sustainable future for my kids and for future generations by doing what I believe in, what I love and what I’m best at: Innovating creatively in education to enable young people and education professionals to co-construct positive narratives of learning and to think Utopian again.

Thinking Utopian is hardly de rigueur in a disillusioned age hard hit by insoluble ‘wicked’ problems. Optimism: a failure to acknowledge the inevitability of impending catastrophe; altruism: a sop to bad faith, a perfume of shady conscience. But such cynicism only serves to mark out the intellectual fragility of those who submit under the tsunami of shocks to which modern flesh is heir. It takes a true black belt to hold onto the big picture perspective, to hold fast to the courageous ideals that have sustained humanity throughout its long history of teetering on the brink of doom.

Black emancipation, Women’s suffrage, state Communism, youth hippiedom, we’ve explored utopian ideas for a while now, thanks to the likes of Gandhi, Harriet Tubman, John Lennon, Bucky Fuller, Che Guevara and the rest. And utopian ideas have brought important real-world benefits from free health care and education to internet technology and eco-tech. All such developments point to a growing appreciation of the meaning and importance of holistic aspects of human knowledge and experience from the sciences to the arts.

At root that’s what utopianism is supposed to do: inspire us to kick ideas around that might spark up new models of sustainable meaning.

But as long as the popular zeitgeist is dominated by a vacuous celebrity culture which is not even superficial what hope that some new inspired vision will become a valued common currency in education and society? Substance, meaning, faith and integrity are beggars at the door of the inane tyranny of mediocrity, administered with all due health and safety by the velvet gloved iron fist of media-fed government initiatives and qangos. That is no way to go on.

Such confounding of reason is profoundly disorienting and therefore corrupting to the human soul, hence the rise in anti-social behaviour, disruption, underachievement, disillusionment, gang-culture, etc in schools and society. There is no law against mass media cultivating a climate inimical to true utopian aspiration across society, from business and government leaders to school kids.

This climate creates a vacuum into which rush fantasy belief systems like teen vampire genres (nine out of ten books borrowed from a school library I worked in last week were vampire novels). And also into that vacuum rush ersatz moral codes like the new church of ‘Ahh Bless’ with it’s a.m. TV high priests and priestesses. (Clasp hands in lap, tilt head and simper, doe eyed and blinking – ‘Ahh Bless’.)

Numb. The idea of all this bad-faith, anti-utopian fakism is to keep people numb, no reaction when tapped. You numb reflex reactions by disorientating people over time. And you disorientate people by removing the solid bases and reference points of meaning. That’s crude meta-programming technique. And, clearly, job done. But in so doing the myopic giants have stumbled into their own traps.

Evidently they have not paid attention to the wealth of traditional stories illustrating this common mistake, from Jack and the Beanstalk to the Minotaur.

Dumb. And the idea is to keep people dumb. We have a system in which schools deliver achievement data without actually educating people. In the spirit of behaviourism, shallow as celebrity culture itself, governments tell schools to train people to pass tests. But education is not about weighing and testing, it is about enriching and edifying. Education means pupils and teachers working together in a spirit of mutual respect to enhance critical consciousness of our shared historical function to transform ourselves and society towards higher and more enlightened ‘utopian’ goals. Education must enhance the freedom to make sense and meaning, freedom for people of all ages, ethnicities and social backgrounds to define our aims together. Nothing less is worthy of the name ‘education’.

As my old mentor (Paulo Freire) once said: “utopian hope is engagement full of risk”. The risk aversion of our schools shows just how anti-utopian they are! Children are not allowed to climb trees or play conkers any more. They are safeguarded to the back teeth by a system that acts like every person who wants to work with children is a child molester. Don’t we know that almost all child abuse takes place outside of schools?!

We’re spending billions making schools antiseptic-supersafe while letting our children’s minds be totally polluted by the media’s obscene replacement of utopianism with celebrities, Ahh Bless, vampire novels and the rest. And in so doing we fail to address the underlying psychological dis-ease of the adults who really do abuse children in our society, we just make it worse.

I’m in a strange space right now, and freewheeling. Schools and local governments are jamming my inbox with requests to help. Why? Because in their hubris the media and bureaucratic powers that be have forgotten something important: a lot of education professionals still care about young people and want them to have utopian aspirations so that a sustainable future might one day emerge. And the word seems to have gotten around that in some small way, by combining common sense and goodwill with real respect and understanding of the equal needs of professionals and pupils, my kind of intervention actually helps schools and young people to forge a way together through the crazy forest of cynical meaninglessness, and out into the plains of freedom where the horizons stretch to utopia and beyond.

Our leaders are not Amazonian, but they fear the open spaces of freedom and opportunity even more than those forest dwellers. They would cut down the whole rainforest if they could, yet would fear the open expanse that results. Perhaps one day, as the final thicket is felled, their leaders and ours will stand together and tremble. But they could only stand together a short while. For the Amazonian leaders know their stories and ours do not, and while they may fear open space at first they will find the way to make new stories and will learn to find utopia again inside their hearts. And our leaders will tremble long and alone, long long and alone, as awareness slowly dawns over the lost horizon: a fiery baptism of the sun - beyond utopia.

Jack has lost his cow and has the magic beans already. The Minotaur rages with con-dem-nation and Ariadne’s thread leads us onwards, upwards to the light.